Jane and Sadia, two of our new Commissioners will be blogging each month, sharing their thoughts, experiences and what it means to be a Poverty Truth Commissioner.
In the third of the series, Jane reflects on the last full gathering of the Commission.  The theme for the Conversation was 'Story' reflecting on our need to listen and listen again to how our stories chime with each other and enable us to relate at a human level.

'There is never a single story about any kind of place.' Chimanda Ngozi Adichie 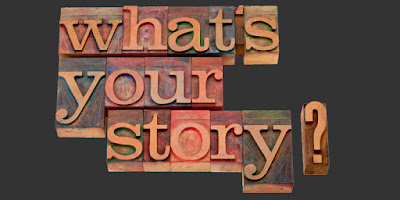 Deirdre’s story was what stays in the mind from our last meeting together.

Written in her own words, it was printed on several pages. We each read a few lines and handed it on to the person next to us. Reading aloud is always a strange experience but sharing the story together brought Deirdre’s experience of sudden and terrifying violence at the age of five, at the hands – and feet – of her father, very much alive, as if it was happening now. It left me feeling as if I was trying to draw breath.

Deirdre’s mother left her husband, taking her two children with her. Deirdre and her brother hated having to visit their father and once she was older she refused point black to visit. The issue came before a judge.

He listened, recognised the pain in her story, and agreed that she should not be forced to visit her father any more.

Deirdre went on to suffer some form of mental collapse but life turned a corner when she met and later married Jeff. But no matter how hard they worked, no matter how many jobs they juggled, they couldn't get out of debt and ended up being allocated a place to live in an area where drugs were rife. Here, the community centre became a real source of support and help, a light in the darkness.

For me, what stood out was Deirdre’s strength of character in challenging the custody order in court - and the importance of someone, the judge in this instance, who listened to her. Having a voice, being listened to, was something hugely important to someone sitting next to me who had also had an abusive childhood.

The importance of community was also raised by many people – the need to be valued, to have an identity.

As the discussion continued, other issues came to the fore. A deep longing for equality. Education that is about skills like leadership, not just academic subjects. Fairness.

One voice that stays with me spoke softly but with great feeling.

‘Once I had a house, a car. I worked until I could no longer do so to look after my son and his special needs. There was no job that would fit around his needs. I lost the house. I lost the car. Being on benefit hung heavy on my shoulders. And now I have no pension.’

Another story of falling out of work when you want to work.

Another story of the having work one day and then falling down a real-life game of snakes and ladders, with only snakes and no ladders.

As we gradually get to know each other, there is a sense of real warmth. It is also clear that there is anger and passion in the room.

Our next meeting will help us begin to work through what we as individuals – or as a collective group – will do to address the deep sense of injustice. 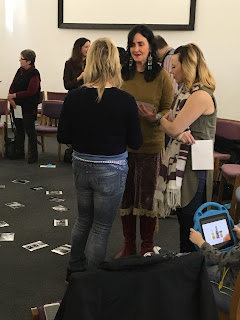